The evolution of tourism after the Vietnam War: challenges and opportunities in a booming industry

Created by Dang Xuan Son, one of the initiators of the responsible tourism movement in Vietnam, Hanoi-based tour operator Footprint Travel started in 2001, and since then has always focused on making the journey meaningful. I met with Dang Xuan in his office, to learn how Vietnam opened for tourism after the war and what are the main challenges and solutions to achieve a more sustainable industry in the country.

Angela: How has tourism developed in Vietnam?

Dang: The country opened for tourism  right after the Vietnam War in 1976. However, back then there were only few visitors coming as the country was in a real estate and tourism infrastructure was almost non-existent. It was not until ten years later, from 1986 and into the early 90s that tourism became significant in Vietnam’s economy. In 1993 we experienced a key milestone in tourism arrivals – so it was then when we can properly say that the country opened to the world. This was due in part to a Government change to the visa entry requirements which eased the arrival process for international visitors.

I joined tourism in 1999 in Hanoi, and at that time there was quite a lot of tourists coming, but until 2007-2010 the tourism infrastructure was still very poor: transportation, services, quality standards… we could not compete with other destinations or provide a good experience for international travellers. However, the picture started to change by learning from other countries’ success and tourist feedback. I remember in 2004 for example, we had to provide every traveller going to Sapa their own travel mattress so that they could sleep a bit more comfortably on the train – the beds in the train were rock hard!

This ongoing improvement has been maintained right until today, where we have services created to improve the tourism experience but that also benefit the local population, like walking streets, health services, business opening hours, rules and regulations… in general we have more and better standards.

Angela: Has the Government played a key role in developing tourism in the country?

Dang: The Government has in part supported the changes but only from very recently. It has helped by easing the visa process that allows for shorter stay travellers to come, as well as imposing the rules and regulations to standardise processes, but I believe they could still support further – with promotion for example.

We do  not yet have a good budget for marketing and promotion at a destination level. Two years ago, however, the government joined TAP (Tourism Advisory Board) in an effort to create a better destination image in international market positioning.

Angela: So the current actions are mainly focussed on numbers. What about the impacts of development? Are these being taken into account?

The first thing is about inviting people to come and the second is about sustainable development, which is a very different story… Here the Government is not doing much yet. We do have a lot of discussion going on about it, but we do not have enforcement or regulation yet. For example, some companies need to have environmental certifications, however they tend to get these at the start as it is quite easy when everything is new, but after a while, nobody really checks that maintenance is done to infrastructure that could be harming the environment.

Angela: What do you think are the 3 key challenges for sustainable tourism in Vietnam?

Dang: Vietnam still is a developing country, so I would say that the first challenge is that the knowledge of what sustainability really means is not established, and people are not well aware of the impacts of their current habits. For example, people still chop down the trees for their own use and they think they need that more than having living trees. We are living under a short term money making mindset where sustainability is almost nonexistent in people’s and business’ objectives.

The second thing is, like I said before and linking to the first challenge, to do with government communications. Our country needs a lot of communication with the local population about how to adopt sustainability practices. The information about this is really small and could be greatly improved.

The third thing would be the travel industry, generally speaking they don’t have an interest in creating regulations. We are working in an industry that is not understood as heavy, but we are using a lot of resources and have an impact on the environment. However, these impacts are not understood by the companies in the sector. We must have standardised regulations and law enforcement to regulate different activities and current developments, and creating this demand should be coming from us.

Angela: I guess a similar story is also happening with plastic and waste…

Dang: Exactly. As you can see, trash in tourism is big. We are not a heavy industry but we are dumping a lot of waste in the environment and we must assume our responsibility to do something about. In Vietnam, with the weather like this, a traveller can easily drink 4 to 6 bottles a day, which get thrown away just after one use. If you measure the impactof travellers by the amount of bottles getting burned and going into landfill, rivers and seas, the number is huge.

Angela: How do you think a tour operator can provide solutions to tackle this issue?

Dang: I have been thinking about this for a while, but for me, to take action against this global issue alone with Footprint seemed almost impossible. I decided to partner with the Responsible Travel Club in Hanoi and I got in touch with other tour operators from the south of Vietnam to join forces. Together, we identified some solutions and got in touch with other international partners to draw specific actions.

I also joined Impact Vietnam and through them the global movement Refill My Bottle, to build a network of refill stations and customise their App for Vietnam. However, success in encouraging travellers to refill their bottle willnot come overnight and we are aware that one of the biggest challenges is to get the message across to our clients.

At Footprint, we already offer travellers a reusable bottle, but only 6 out of 10 bring their bottle to Vietnam and up to 40% really use it whilst they are here. I think there are many barriers to entice travellers to use their reusable water bottle and having somewhere to refill it is indeed one of them, but also other factors like water quality worries, the preference for sealed bottles, water brand loyalty and trust or just the fact that they want to drink cold water in a specific moment.

We must accept that some people are not comfortable with the idea of refilling their bottle, but we must focus on the ones that are happy to do so and that would probably inspire others to do the same and would help us spread the message.

Angela: You work with many community-based tourism projects in Vietnam. Is this type of tourism successful?

Dang: Many of them are successful. We work with plenty in the North that are really successful whereas in the central highlands and the south are a bit less. Most CBT projects in Vietnam have developed by themselves or through external help from mainly NGOs and private tourism business. The Government in this case has not helped them set up, as happens in other countries.

However, there are still a certain number of projects that fail for various reasons… It might be insufficient investment, size, location chosen or even gaps in capacity building in terms of hospitality standards to make travellers feel comfortable, provide a good service, etc.

One positive example is the nature reserve of Pu Luong, where a group of villages received help from a US NGO to set up several CBTs and train villagers in tourism. They have managed to receive visitors and to keep their lifestyle and traditions, whilst sharing the benefits from tourism by involving entire families into different roles than work together as a engine.

Angela: How do you think sustainable tourism can be normalised?

Dang: I think is very important to get more and more media involved into highlighting the need to develop more sustainable tourism, because it’s been a non-stop movement from people like me, but it is still not a big change yet and we need everyone to get involved and play a part.

We must be able to get the message across and give people the feeling that sustainability is about balancing our business model and make something meaningful out of it. It is not all about focussing on work and profit and that is the hardest message to send across to inspire people to make a change. 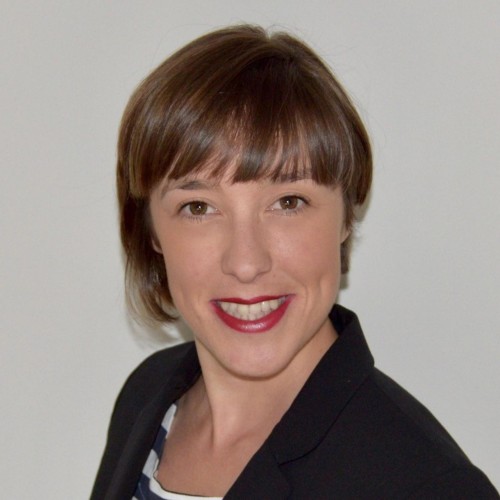