Living with the land: learning from the Local Food Experts of Crete This article is a follow on from an earlier article on a TUI Cares initiative in Crete, Greece. LFE, a social enterprise based in Crete, is one of the organizations participating in this project. I met one of the founders of Local Foods Experts (LFE), Sotiris Bampagiouris, when I spoke at a conference in Athens last October.

I had an opportunity to interview Mr. Bampagiouris and another founder, Konstantinos (Kostas) Bouyouris about their work. The team that formed LFE originate from a common interest in connecting tourism development with food production; they have been engaged in this work since the 90s and formed LFE in 2013 to combine and collaborate their efforts.

The Origins and Vision

In the 90s, farmers in Crete were abandoning the land for a more economically viable option: joining the staff of hotels. Mr. Bouyouris explained that, as early pioneers of local and sustainable food systems, he and Mr. Bampagiouris (the experts who joined to form LFE) approached hotel owners, hoping that “slowly, in time, they would replace imported, conventional food.” They presented hotels a business case for motivating local farmers to cultivate nearby land, and through this they secured co-operation of a chain in the region with local farmers, who agreed to focus on organic food. “So, we had a strategic alliance, and that was a highlight for the organic movement,” stated Mr. Bouyouris. “At the same time, the chain owners were activating dormant land for cultivation, because they had a lot of land for building hotels over time. That land became productive.”

Mr. Bampagiouris put it like this: “We try to build sustainable bridges between the hoteliers and hotel staff, food production units, farmers, and local citizens. We try to preserve their needs and understand the whole dimension of sustainability. It is not the easiest task to present in a simple way, what is sustainability, to the farmers. When they wake up every morning, they need solutions to their problems in order to produce what is needed so we try to build more locally based, self-reliant food systems.”

LFE enhances both products and services. Products range from dairy, to fruits and vegetables, to processed products like olive oil and wine, with an emphasis on value-added processing. Services are also part of the equation, such as small farmers in villages that can offer a “zero-mile diet.”

To further explain this, Mr. Bouyouris referenced the book 100 Mile Diet (my personal favorite version of this story is Barbara Kingsolver’s Animal Vegetable Miracle, with particularly delightful stories about trying to raise her own poultry). He shared an anecdote of a tourist who visited and said, after touring local food production and farms, “you know, by doing this tour, I realize that the 100-mile diet looks like an odyssey!” One hundred miles is too much; in Crete there is amazing diversity within just 20 miles!

The small farmers’ service of a local meal is an authentic and sought-after experience for tourists. But this is challenging because farmers do not necessarily understand the value of what, to them, probably just seems like normal, everyday life. Mr. Bouyouris said, “They have to learn that they represent, in a way, the fruits of the food civilization of this area.”

People who have lived in the same place their whole lives may not be able to appreciate the local strategy without stepping out of their surroundings and recognizing the special value of the combination of what makes local, local: the sun, the soil, the people, the water. Everything comes together in a specific formula and if you have lived in that formula your whole life, it may not seem particularly special.

Mr. Bouyouris elaborated this point. “This is one of the most serious bottlenecks in spreading sustainability in pristine places like Crete.” He provided an analogy that might help some better grasp this challenge (I admit this was even quite enlightening for me!). “Imagine a farmer in the United States, in the corn zone, let’s say, who has been pressed regarding pesticide and pollution. They know what environmental pressure means. They know what the polluted river looks like. Here on Crete, when you go on a mountain, where the place is pristine and clear, and the farmers have not seen the pollution with their own eyes, it’s difficult to explain the problem to them because they live in a very clean environment. They need to realize that outside their area, there is another situation, and they are now doing and representing a sustainable model that we need to highlight.”

An important concept that Mr. Bampagiouris highlighted was the significance of demonstrating to farmers the possibility of the next generation to work the land, which stabilizes entire communities. He also mentioned that soil health equals capital. “A small group of farmers understand that it’s a significant tool for the hotel product positioning. We need nature. We need their land as part of this new hospitality model,” explained Mr. Bampagiouris.

LFE described an approach to bring together providers as “groups of excellence.” With the members of a group, they focus on sustainable processes, and maturing operations through training, documentation, auditing, and reporting. For example, the image below shows the helpful, visual tool LFE uses to show farmers and other stakeholders how farmers are performing in key performance indicators (KPIs). This creates a tremendous benefit for local institutional buyers, who favor consistency and reliability in their supply chains. When I asked LFE about how their lessons learned might be applied to product categories other than food, they emphasized that the “product” is really information. The data from these projects that connect sustainable producers with hotels inform future strategies and decisions. To select hotels to participate in the program, it’s not just about how much sustainable food they can purchase, but more about how the hotel plans to use the information. LFE prefers to work with properties where they have confidence the product and message reaches the right audience. As Mr. Bouyouris put it, “What is the point if you purchase sustainable food and your guests or tour operators are not aware of it? Making the maximum marketing use is very important for us to invest in a partnership.” Bampagiouris added, “it’s not business as usual. It’s connecting values with services.”

If you would like to learn more, you can reach LFE at www.localfoodexperts.com and read more about the TUI Cares project here and here.

Share
Facebook
Twitter
Pinterest
WhatsApp
Previous articleSvaneti in Dede – a battle between tradition and progress. Has tourism had a role to play?
Next articleGourmet meals for the homeless: Food for Soul opens its new Refettorio in Paris 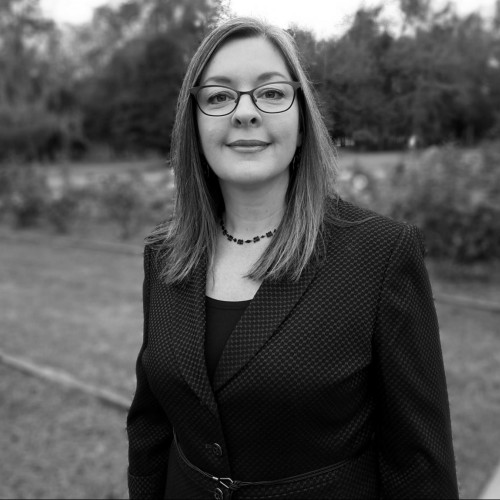 Aurora Dawn Reinkehttp://www.astrapto.com
Aurora Dawn Reinke is a sustainability consultant and speaker. Aurora’s firm, Astrapto LLC, guides owners and management teams through change by establishing a vision and strategy for sustainability; demonstrating the business case; engaging, empowering, and equipping stakeholders to achieve the vision; and formalizing and codifying sustainable processes. Aurora has a Doctorate in Business Administration in Social Impact Management. She is a Certified Sustainability Associate from the International Society of Sustainability Professionals and a LEED Green Associate