Slum Tourism: is it ethical? – Interview with Elisa Spampinato

Slum Tourism: is it ethical? It is difficult to find someone that can answer this question from both a professional and an academic background. However, Tamara Ramos finds the perfect fit: Elisa Spampinato. She has studied Anthropology & Sociology in Italy (Rome) and Production Engineering in Brazil (Rio de Janeiro) and has an extensive portfolio of research on different subjects, from local governance and participatory democracy to local community development, social innovation and community-based tourism.

Elisa has also recently joined Travindy as part of our editorial team, and in particular to focus on developing our work in and about Brazil.

Tamara: Elisa, what made you interested in Favela Tours?

Elisa: I discovered Favela Tours and Slum Tourism while I was living in Rio de Janeiro. Straight away I realised that is a very complex reality in itself, full of contradictions and not easy to approach analytically, nor to understand.

Observing the phenomenon closer, though, I realised that it presents a lot of interesting aspects that attracted my intellectual curiosity. For example, anthropological questions regarding the encounter with the “other” and cultural authenticity – both typical of the tourism experience – become even more intriguing and, at the same time, challenging, in the case of Slum Tourism.

In addition, in a country like Brazil, we have to look at the many risks and challenges that Slum Tourism faces: questions around social inequalities and power relations. My interest in Slum Tourism became even stronger when I discovered that Favela tours can also be a way of supporting a community project, and have the potential to support sustainable local development and in some cases even be a laboratory of social innovation.

So now that I was curious, I decided to study the phenomenon and concentrate on some case studies.

Tamara: What did your research focused on?

Elisa: My research did not deal with the simple moral question: is Slum Tourism good or bad. People go on these tours for lots of reasons – some for  the thrill of seeing poor people (the zoologic interest). Others for academic interest, or because they are involved with social and political movements, are  international volunteers, or simple curious travellers.

Confronted with a variety of realities,  I decided not to focus my research on the reasons that motivate tourists, but rather on the different ways in which Slum Tourism is offered in the city of Rio de Janeiro. My research aimed to analyse the degree of community involvement in the design, organization and delivery of the tourism services offered in that particular location.

During my research, I discovered the extent of the diversity of services offered: not only tours, but also accommodation, transport, sporting, environmental and cultural events, entertainment and other social activities. For this reason, I would suggest using the term Slum Tourism, rather than the more restrictive Slum Tours.

Tamara: How popular is such tourism in Brazil? What is the current situation of this type of tourism in the country?

In spite of the huge number of tourists that every year visit a Brazilian slum (around 50,000 tourists, according to data of 2012), it’s not easy to establish how many Favela tours exist in Brazil nowadays, mainly because there are many tours owned and run by private companies and tour operators which are not in any way regulated or monitored by the local authority, and even the local ABAV-RJ (Brazilian Association of Tourism Agencies of the city of Rio de Janeiro) does not have information of the activities sold by their own agencies.

There are also several cases of Slum Tours organised by the local communities themselves, but this is a far smaller number than those run bythe private sector. So, it is really hard to get a clear picture of the numbers of Slum tours.

I think it is important to mention that during the Olympics the face of Slum Tourism in Rio de Janeiro changed drastically, and reached its peak in terms of community involvement and political support. After the Olympics, other changes took place and they reshaped the reality of the Slum Tourism in the city again. Unfortunately, many of the local Slum tourism initiatives – , the tours, accommodations and some of the social projects – came to an end as a consequence of the new social and political circumstances. However, most of the institutions and the groups that were created and empowered along the way, as well as local communities and sustainable tourism experiences, still exist and continue their tourist activities, but in a much less supported way.

Tamara: Can Favela Tours be compared with Slum Tours in India, South Africa and other countries? What are the differences?

Elisa: The most visited and worldwide famous Slum Tours are the ones in South Africa (Lebo’s Soweto), in India in Dharavi o Delhi (Reality Tours) and in Brasil, for example Rocinha Original Tour, MUF -Museu de Favela or Santa Marta. In Rio was where the first Slum Tours were launched in the late 80s and early 90s.

Nowadays, Slum Tours are also offered in other countries in Africa, in other cities in India, and also in Mexico, Jamaica, Indonesia, Thailand and in the Philippines, where they started in 2011.

I think we do not need to highlight the obvious cultural differences and typical features for each of the countries where slum tours are offered, but we should consider the history and the social, political and cultural backgrounds which make each favela/slum unique and special, even in the same country and in the same city, like in the case of Rio de Janeiro.

Without going into too much sociological and anthropological analysis for each of the favelas, we should remember that each slum is a society and a rich and complex reality in constant change. Easy comparisons and judgment across experiences can be not only shallow and meaningless, but also very disrespectful of those cultures and their history. In Rio, for example, one could take part of a Slum Tour in each of the almost 800 favelas that exist in the city, and all the tours will be different and unique; every one of the carioca slums has its own history, scenery,stories to tell, culture to share and beauties to be discovered. Some of them might have shared a similar history in terms of formation and evolution, due to geographical proximity or simply due to local political decisions and processes which that area of the city was subjected to; others, because of their strategic location, or other political, cultural and social factors, have experienced a totally different reality.

In a similar way, as slums are different from each other, Slum tours (and Slum tourism in general) can be very different, even in the same slum. We should ask, what is this Slum Tour’s “story”: how it is run, by who, with what priorities, and above all, with what goals.

What this means is we can only compare some of the ways in which the tours are offered and managed and then start reflecting on the choices, and values, that might lie behind them.

We can observe, for example, that almost all of them are walking tours, some offer cycle tours as well; that some agencies, though, offerjeeps tours, and these are the ones who have been massively criticised for their distancing effect and their strong voyeuristic aspect, for which have been given the nickname of “safari tour” by the locals.

Another significant difference is the use, or not, of local guides, and, of course, the degree of the community engagement and participation.

Tamara: This is interesting… what is your experience with community engagement in Slum Tourism?

Elisa: Community participation in tourism has been developing across the industry, and not just in slum tourism.

“I strongly believe that Slum Tourism can only be recommended if is a real opportunity for the local community and the area to benefit from it, socio-economically and also culturally and politically”

Whatever the reasons, it is unquestionable that Slum Tourism has worked as a driver for change in the internal social dynamics of the communities involved, giving them a degree of control over how they are perceived.

Tamara: How can someone identify providers that offer Favela Tours in a responsible manner? Are there guidelines or characteristics that one should look at?

Elisa: I don’t know of the existence of formals guidelines for Slum Tourism. However, based on my personal and professional experience, and on the work done by colleagues and professionals in the area, I would suggest the following guidelines:

Research if there is a community-based agency or Tour Operator who runs tours in the Slum you would like to visit (this should be your first choice). If the only option is an external Tour Operator, I would advise to find out the following information prior to your visit:

P.S. If the Tour Operator/Agency does not satisfy the basic ethical guidelines, don’t go! Otherwise you might be part of a tour which is disrespectful and negative for the community and hown it is perceived.

Elisa: I strongly believe that Slum Tourism can only be recommended if is a real opportunity for the local community and the area to benefit from it, socio-economically and also culturally and politically – in terms of empowerment.

It is possible for the Slum Tourism to bring benefits to the community, it can be Responsible and also Sustainable; but for this to happen completely we need to educate tourists as well as the private and the public sectors involved – before and during the travel experience

I believe that the desire to experience the exotic, the different, the unknown will always exist, and it can be seen as a part of human condition, I suppose. The slums are the “new exotic”, and, at the same time, the dark side of our rich societies and their unfair development, which make Slum Tourism so hard to understand and so fascinating and challenging at the same time for the potential that represents.

I believe that as long as there is respect, understanding and an open-minded attitude, then travel can still be a journey to encounter the exotic “other” reality, as long the other has not been frozen into an empty category and labelled accordingly. I strongly believe that tourism can still be a journey of shared experiences and emotions, a learning experience for both the host and the guest, as long as we are aware of the consequences of our actions as tourists, as well as human beings.

Thank you Elisa! To learn more about Elisa’s work and Slum Toursim, you can refer to her book (in Portuguese): Turismo em favelas cariocas e desenvolvimento situado: A possibilidade do encontro em seis iniciativas comunitárias 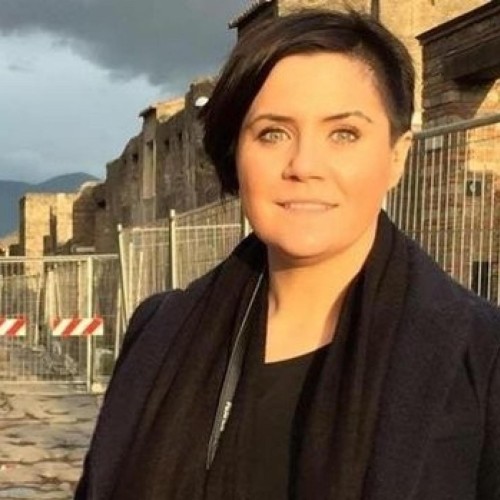