White Men in Suits at ITB panels (part 2): Time to tackle the lack of diversity at tourism events

Exactly a year ago after ITB Berlin 2017, I wrote White Men in Suits and Sustainable Tourism for PATA’s Sustainability Blog, referring to the nationality, race and gender imbalance of speakers at ITB, but also at other conferences and events in the tourism industry. Has anything changed at ITB2018?

This article is not meant to provide solutions but simply describe a status quo in relation to the inequality. And I have nothing against people wearing suits. But in this context, the suits represent the (mostly) white men who spend their time behind a desk in a city office block as opposed to working on the ground in tourism destinations. They know how to manage big tourism or airline companies, or are respected academics, but often have little practical knowledge that could then be worth sharing with destination practitioners during ITB panel discussions.

The whole CSR programme of events last year showed the lack of inclusiveness and balance, but there was one particular session (“How Can Sustainable Travel Offers Be Marketed Successfully?”) that prompted me to write. Seven white men in suits, six Germans and one English, discussing sustainability in tourism. How ironic.

I wanted (and still want) to find out who and how makes the final decision on the structure of the panels, and why there seem to be the same speakers year after year. Is it really that hard to find a women specialist, or someone from the southern hemisphere? Neither in 2017 nor in 2018 ITB responded to my questions.

Considering a few significant events that sparked the worldwide debate on gender inequality – the Harvey Weinstein case of sexual abuse allegations, the #MeToo movement, now the most recent outrage at unequal pay at the BBC, to name a few – I hoped that the situation at ITB might change this year.

Also, in the written foreword to the CSR Program, Rika Jean-François, the ITB CSR Commissioner, mentioned that in 2018, the tourism industry will have to deal with numerous challenges, including “gender inequality and discrimination due to sexual orientation (…) If we see how many seminars are still dominated by men, even in the sustainability sector, we must invite women to raise their voice – women are definitively carrying half of heaven on their shoulders”. Wise words. But…

Take the panellists for the CSR Program 2018. In Hall 4.1 (Responsible/Adventure Travel hall) on the Big Stage, there were 95 men and 44 women (7-9 March). Discussions in Halls 7.1 saw 78 men and 22 women. But during the ITB CSR Day (!) there were 16 male panellists and only one woman. Three out of four sessions had men-only panels. The last had five men and that one woman. All except two men were German, all were white. Er… Unbelievable?

At the end of this last session, its moderator Matthias Beyer who also moderated last year’s aforementioned “all-men-in-suits” session, pointed out that „one woman joining the panel this year is an improvement but certainly it is not satisfactory“.

And if we are comparing these both sessions moderated by Matthias: three of the panellist were on both panels. That again made me think: who and how selects the panels for ITB? Is there a pool of “recycled speakers” that are always invited, based on some unwritten – or maybe written, somewhere – criteria? Surely, these speakers are experts in their area, but also, surely, there are so many others that never get approached. Why not? Do the organisers even want to go that extra step and go beyond the old, recycled bunch?

“Others take the decision”

“In general, I totally agree with you that ITB panels require a much better balance in terms of race, nationality and gender“, Matthias Beyer said. I asked him whether he had any say in the selection of the speakers on his panels. “The influence for me as a moderator is limited. I can make suggestions but others take the decision. In 2018 my whole panel was fixed before I came into play“.

Can he refuse to moderate such imbalanced sessions? “To refuse a moderation is certainly an option but then you lose any influence. I prefer to remain involved and to try my very best to initiate and encourage changes,” he said.

OK, so “others take the decision“. That made me think, again, who …

I want to emphasize again that the worldwide perspective doesn’t only come from the European, white middle-aged men in suits. Particularly during debates on supposedly more inclusive and fairer sustainable tourism. When will ITB, WTM and other big events start taking notice?

Dees Rika have any impact on the composition of the panels, at least for the CSR Day? If not her, then who?

Rika admitted that she was “totally aware of the unbalanced number of female and male speakers at the ITB Convention. I can assure you that I am also trying to change this and as CSR commissioner have discussed the phenomena also with our teams and the relevant co-organizers and scientific directors”. She added: “You can be sure that I will work on it and readdress it again and again. This is one reason why I initiated the Gender Equality Seminar during ITB 2018 -as a start of a new series. We will support the dialogue and we will keep on going.”

One seminar is a step in the right direction, but it is a tiny drop in the ocean. I’d like to see more inclusion and more diversity on other panels that not necessarily devoted to gender equality! Is it so much to ask to have a mix across the board to discuss a variety of topics, so this issue of imbalance and inequality doesn’t draw attention and it is not an issue anymore?

Let’s see if I am here this time next year, complaining about white European men in suits at ITB 2019! 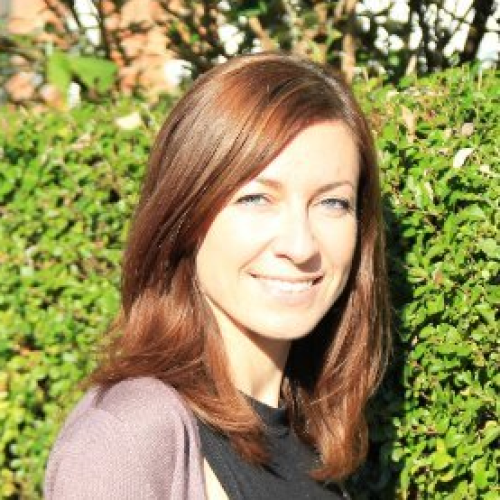 Marta Millshttp://oneplanetblog.com
Marta Mills is a sustainable tourism specialist who writes regularly for Travindy on tourism development in the Caucasus region. She has worked as Sustainable Tourism expert for several projects in Georgia and Armenia, currently researching community-Protected Areas relationship in Georgia. She was one of the four volunteers who started the Transcaucasian Trail project in 2015, and worked on it till 2018. Her own blog can be found at oneplanetblog.com