Almost for as long as tourism has existed, we’ve heard the expression ” don’t kill the goose that lays the golden egg” yet over the same time has carried on growing regardless.

It looks like 2016 will be the year when it becomes obvious that the golden eggs are cracking under the weight of a very heavy goose. Mainstream media seems to be taking a serious interest in tourism and, because bad news sells newspapers, their focus is on congestion. A few examples already this year include  Iceland, where tourism grew 29% in one year, and Airbnb is the bearing the brunt of local negativity; several European cities where congestion, Airbnb, and the cruise industry are objects of resident ire, Thailand, where three islands have been closed to visitors due to the environmental damage they cause, the Balearics, where a booming tourism industry is welcomed after a decade of recession; and most recently New Zealand whose 100% Pure image is at risk thanks to an unexpected 10% jump in international arrivals (see: RNZ article: Who should pay for the costs of tourism?).

Now, if you thought that it was about time the evils of mainstream, mass tourism were highlighted, think again. Ironically, it is often the so called “eco-tourists” who venture off the beaten track in pursuit of wildness or solitude, that do the greatest harm. The author of the Balearics article, quotes a local conservationist decrying the damage caused to bird nesting sites by over zealous bird watchers:

I think it’s better to have those drinking ghettoes, Playa de Palma and Magaluf, where people go, rather than these intellectual types of tourists who tramp over everything in their search for the untouched bit, the original Mallorcan, and the residential tourists, who buy up property, buy a car, usually two, swimming pools, and want gardens with plants and grass like at home but that need water.

Jeremy Smith (founder of Travindy) has also written a stimulating post today, The endless quest for authentic tourism is sowing the seeds of its own destruction, astutely observing:

that which began as a backlash against the mainstream is fast becoming the mainstream. The increasingly ubiquitous coffee shops and quirky cafes become filled with international hipsters. The museums and galleries teem with foreign visitors seeking a selfie, with the Botticelli now serving as little more than a backdrop….

Almost every destination markets itself according to this model, using some form of generic, catch-all appeal to perfection. Everywhere is presented as pure, natural and waiting-to-be-discovered. Even when so-called responsible tourism seeks to present itself as distinct from the mainstream, it mostly does so by reinforcing the same dominant story theme – by accentuating the authentic, and lingering over the local.

If the tourism economy has any chance of becoming sustainable (for it certainly isn’t now), we have to enter into a more intelligent, nuanced debate that acknowledges reality and its complexities in terms of both cause and consequence.

There were many times when Captain Smith of the Titanic could have left entertaining the investors of his shiny new vessel, returned to the bridge and changed course. But, convinced his beautiful ship was unsinkable, he chose not to. Or perhaps having sold the investors of its unsinkability, he couldn’t admit he might be wrong? What do you think – was it an iceberg or hubris that sank the Titanic?

We saw a similar pattern in the months running up to the global financial crisis when, in 2007, the CEO of Citigroup – leveraged up to its eyeballs – declared “As long as the music is playing, you’ve got to get up and dance.” The financial collapse occurred not because people were ignorant of the possibility (everyone knew the music would stop one day) but because no one wanted to be the first to leave a good party before the canapés and champagne ran out.

The real problem challenging global tourism is that we’re running out of time to address theroot causes underpinning the problems highlighted in the stories listed above and they are.

As Jeremy Smith has suggested, it doesn’t matter how authentic or green the supply of an experience is shaped to be, too much of it, imposed on a population (even if it could be a force for good) will produce a huge backlash. The parallels with the immigration crisis in Europe cannot be ignored. Too much of anything delivered too quickly and without the consent of all stakeholders is doomed to produce resistance and, in many case, rightfully so.

Unlike the Titanic, tourism has neither a captain or a rudder

But my use of the Titanic metaphor is unfortunately inappropriate. Yes, we have many shiny “new” even “awesome” new vessels in tourism, and no shortage of investors and participants wishing to grab a piece of the action, but the amorphous nature of the phenomenon means that, in tourism, there is no captain and no bridge. No one is in charge!

Furthermore, those that do see a problem ahead identify it by its form not its cause – the responsible tourism movement is currently a cacophony of voices protesting about any one of multiple issues; abuse of wildlife, habitat destruction, money laundering, tax evasion, child trafficking, sex tourism, orphanages, carbon emissions, water overuse, eviction and exploitation of indigenous peoples, cruising etc. while, at the same time, extolling the growth of responsible alternatives whose infinite growth could become just as threatening IF not managed properly.

Jeremy is also right to associate the current situation with a Greek tragedy – it’s futile to blame anyone or group. We’re each and all caught up in a flawed social system that needs to be addressed and the first step is to name it for what it really is. Jeremy calls it a new narrative; I call it a new operating model. The name doesn’t matter but our willingness to take off our rose tinted sunglasses and get to work will.

This post was originally published on the excellent Conscious Travel blog and is reposted thanks to Anna Pollock’s use and support of Creative Commons. 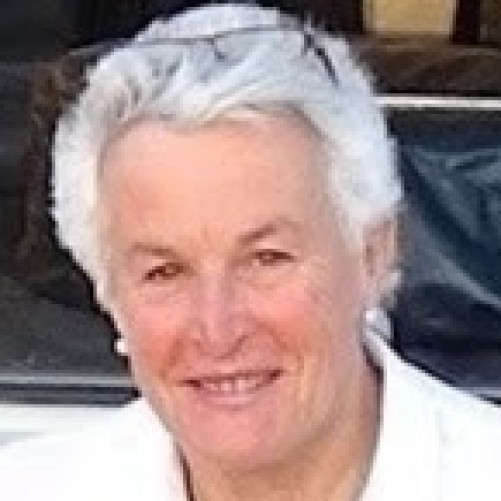